Children play football on the communal spaces of the Freemans Park apartments.
- The Ghetto. The Commune for Capitalists. The Arts Enclave. It feels like anyone who's every lived or worked centrally in Auckland knows someone who's lived here, in one of these 201 flats on the steep green flanks of Freemans Bay. Freemans Park is a convivial scatter of neat, terraced houses and three or four-storey apartment blocks, set in pretty park land.
It attracts creative types: architects, designers, people working in media, and hospo. Several practicing artists live there now – but actually all sorts live there.
Unusually, fully a quarter of the units are social housing; mostly Housing New Zealand-owned. The rest are either private rentalsor owner-occupied. Six-figure households live right by people on the benefit or minimum wage.
– Excerpt from feature on Freemans Park by Nicola Shepheard
Metro Magazine, June 2015 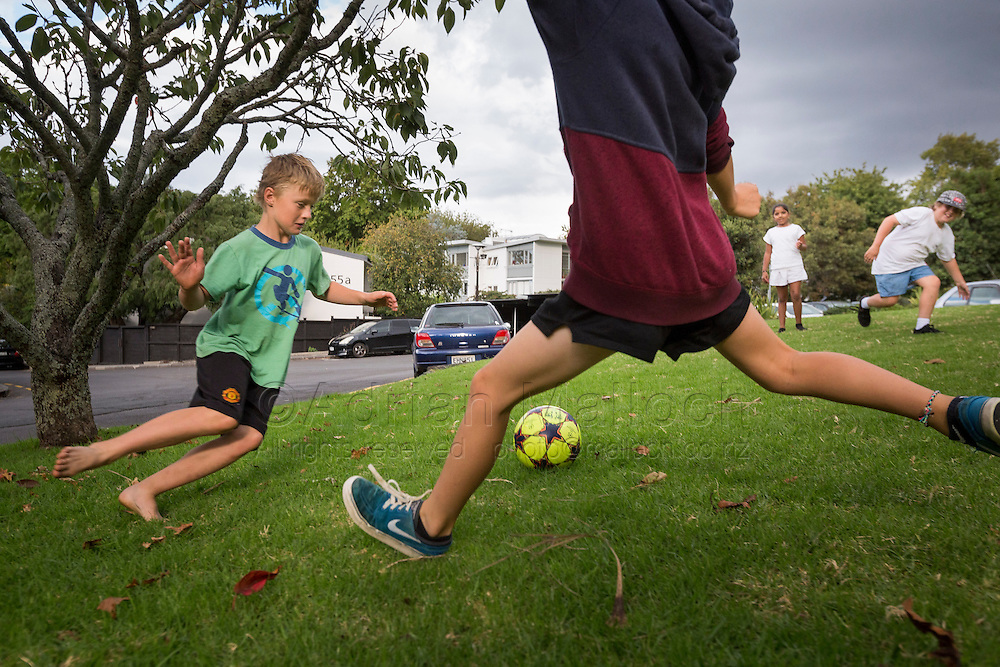